Watch out for Promos and Freebies 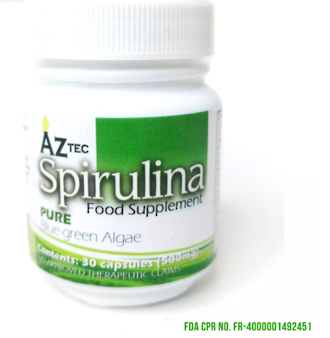 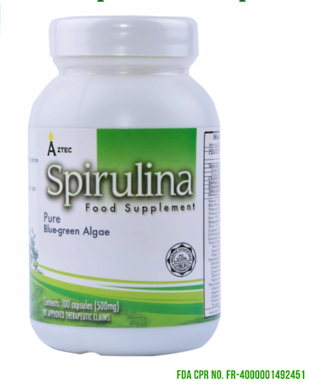 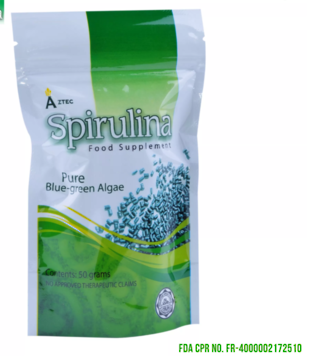 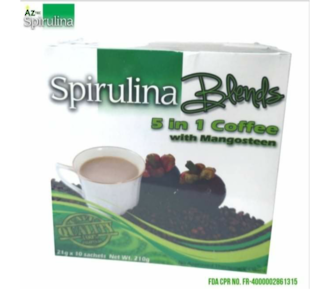 Be an Aztec Spirulina Dealer

Can I still place an order?

Yes you can! We are open for business.

How many Spirulina capsules should I take?

We have free health assessment and consultation Talk to Nurse Val

Do you offer Senior / PWD discounts?

We offer 20% Senior citizen and PWD discount. Please provide us picture of your ID and get-in-touch

How much can I earn for being a Dealer?

Do you offer urgent deliveries?

We offer same day delivery if you get the order to use before 10am. If you miss this deadline, please get-in-touch and we will see what we can arrange.

What if I am not happy with my order?

We do not have to give a refund if you change your mind about a purchase - so please choose carefully. If the product you have bought is faulty, we will provide a remedy as required by the Consumer Guarantees Act.

Started as a family owned Spirulina microfarm in Cainta Rizal in 2008, Eng. Pol Puente and his family saw the potentials of growing quality Spirulina due to its medical and health benefits, including the prevention and treatment of diseases.

In March 3, 2010, Aztec Foodgrowers Corporation (AFC) was established and granted by the Philippine Food and Drug Administration (FDA) the license to operate as a Spirulina producer and food trader. Initially the company's campaign focuses in Spirulina's purest form which is the spirulina granules because of its longer shelf life and instant effects. On September 13, 2010, Aztec Foodgrowers Corporation launched their Aztec Spirulina Capsules each capsule composed of 500mg. of pure high grade Spirulina. Currently, the company has 4 products in the market namely: Aztec Spirulina Granules, Aztec Spirulina Capsules 30 and 100 pcs., and Spirulina Blends 5in1 Coffee - Spirulina Mangosteen.